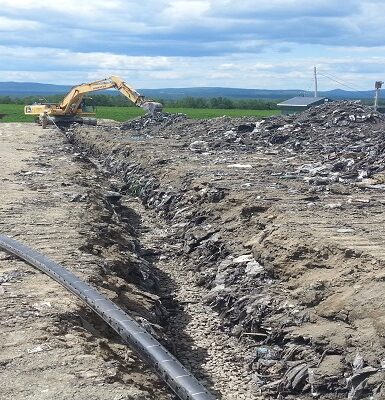 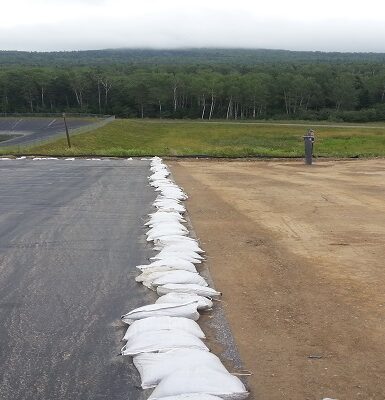 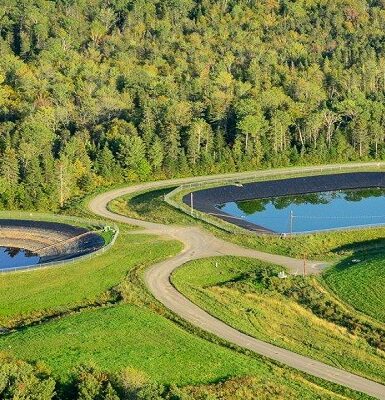 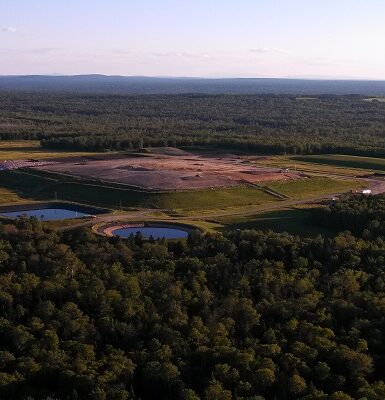 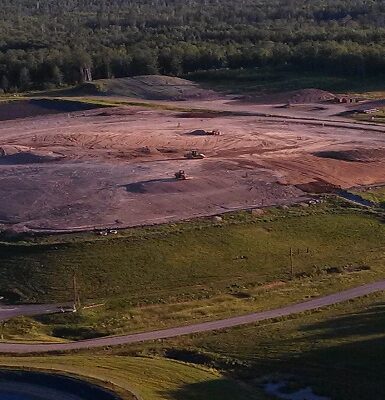 In 2013, the City of Presque Isle (City) found itself in a position where it needed to make a decision on the future of its landfill quickly. In accordance with the Maine Department of Environmental Protection (MDEP) requirements, the City had to either put a long-term intermediate cover over the landfill or build a final cover system. The costs associated were approximately $1.3 million for the former option or more than $3.4 million for the second.

Fortunately, the MDEP has a reimbursement program for when eligible municipalities or communities close or remediate their landfills. Given the time constraints and funding availability, the City chose a design/build method that is more common in the building industry but very unique in the solid waste field. Haley Ward’s original project cost estimate was $3.4 million through the design-bid-build process. Through the design/build process and collaboration, the team was able to provide a Guaranteed Maximum Price (GMP) of $2.8 million, with the target contract price at $2.5 million. The final project was completed for $2.41 million for a savings of $900,000 over the original estimate.

By taking a voluntary action and an innovative approach to protecting the environment, the City of Presque Isle ensured that residents and future generations can be assured of improved resources. The Design/Build approach and alternative design process saved local and State taxpayer dollars. This permanent technology is an environmentally progressive solution at a reasonable economic cost to landfill owners.

The unprecedented landfill closure design-build process saved the City and the MDEP (MDEP was responsible for 75% of the closure costs) almost $1 million from the original engineering cost estimate should the project have been managed though the typical design-bid-build process. The project was completed a year ahead of schedule.

This project covered over 9 acres of solid waste to minimize surface infiltration from traveling into the waste and causing leachate to migrate into an aging leachate collection system and the groundwater.

Final cover reduces leachate generation by 1 million gallons per year. This portion of the landfill was designed and constructed over three and a half decades ago. It was the first secure landfill (i.e., liner and leachate collection) in the State, but at this point the aging leachate collection and drainage system does not work as well as current systems. Therefore, leachate accumulates in this portion of the landfill so the new cover system provides a substantial environmental benefit to the site.

Final cover included addition/improvements of facility hauling and access roads. The tipping pad constructed at the south end of Phase I adjacent to the active cell will aid in waste hauling and improve the facilities landfilling/cell development procedures.