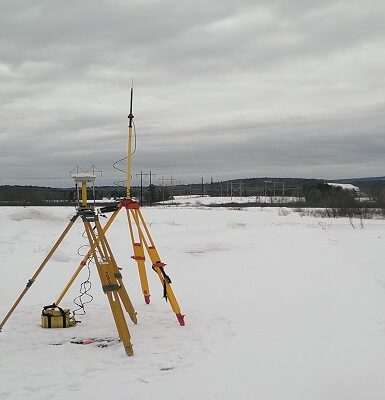 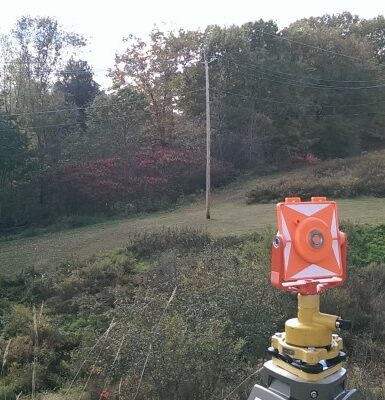 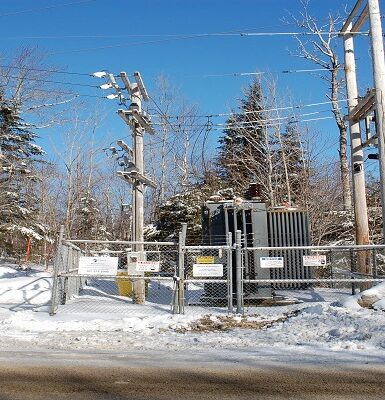 Over the past seven years, Haley Ward has contracted with Emera, formerly Bangor Hydro Electric Company (BHE) to provide a full range of land surveying services. The Haley Ward and EMERA team has worked closely together on both large and small scale projects. The Downeast Reliability Project, a new 43 mile, 115-kilovolt line stretching from Ellsworth to Columbia, Maine, was certainly the largest project to date. The line upgrade will serve residents of Washington and Hancock Counties with more reliable electricity.

Initially, while the route was being determined, Haley Ward provided BHE map exhibits showing the proposed routes, landholders, and published natural resource information. The utilization of GIS for public presentation maps was an integral part of the initial investigatory phase.

Haley Ward survey crews were tasked with setting up a control network along the 43 mile route. The utilization of a tight GPS control network was instrumental in the success of the survey. Most of the 43 mile route was heavily wooded and the survey crews were responsible for collecting ground topography throughout the corridor. In addition, our survey staff compiled boundary information, conducted deed research and compiled all data into a project digital drawing for the project design team and the land acquisition team.

Haley Ward survey crews were also responsible for staking the clearing limits, poles, and anchors for the entire project.

As Emera continues to conduct line and substation upgrades, Haley Ward continues to provide survey support for many of their projects. The projects are typically multifaceted in regards to survey. They involve analysis of boundary, topographic surveys suitable for design, the stakeout of site components, land records research, and base map creation.

A majority of the project’s survey success was attributed to Haley Ward’s ability to manage such a large project. Haley Ward accomplished this through effective team collaboration that resulted in the completion of all project phases in a timely manner. The team was highly responsive to the client’s needs and assigned field crews that were capable of tackling the technical and physical demands of such a large scale survey.