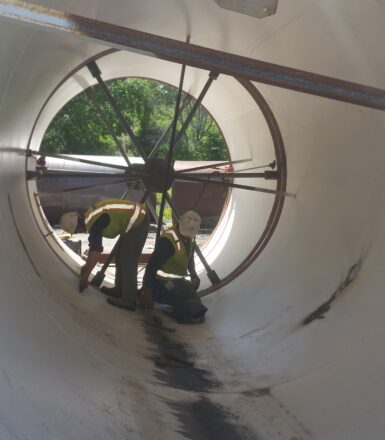 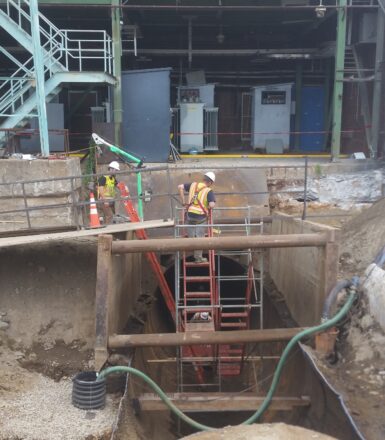 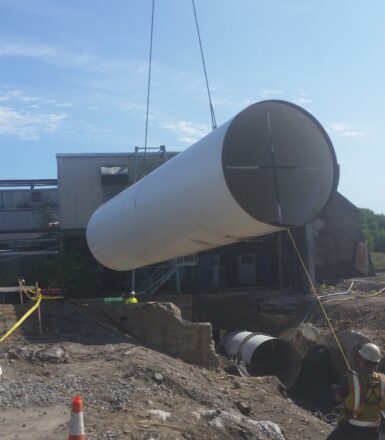 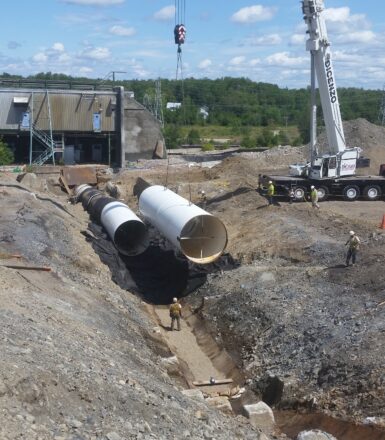 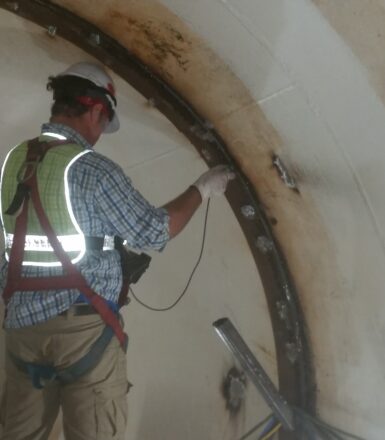 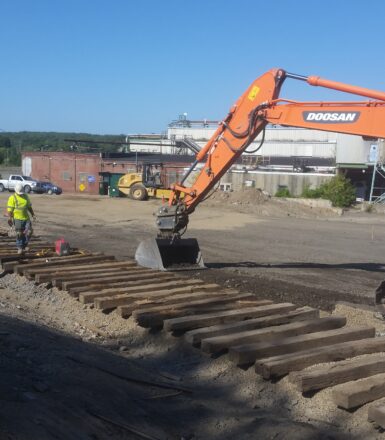 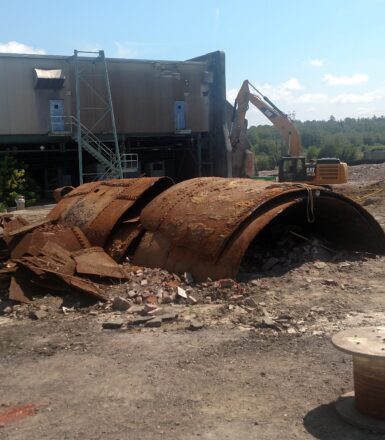 Brookfield operates the hydro-electric system where Penstocks, 10 feet in diameter, drive hydroelectric turbines downstream in a Power House. They run below the Lake and with the last 125 feet of directly beneath the Power House. A Team approach was used in solving the issues associated with this project.

Unique challenges were to install individual Penstock sections while maintaining the integrity of the building and its foundations and to replace Penstock No. 1 with smaller replacement units previously identified for Penstock No. 3.

Haley Ward used the original Penstock drawings from the 1900s, coupled with the Brookfield design and fabrication drawings, to design an alignment that reused all of the prefabricated sections with only minor adjustments and minimal fabrication of new units. The Penstock was slip-lined under the building, followed by an open excavation/remove /replace approach for sections outside the Powerhouse.

Slip-lining an elbow section where it connected to the turbine under the Power House was not possible due to its shape so Sargent placed this piece on air bags downstream from the system discharge in Millinocket Stream, floating it into the tailrace of the Power House, and then hoisting it into place with a rigging system. Installation of this piece required personnel to work on a barge below the Power House.

The project was completed three days ahead of schedule, allowing Brookfield to put that turbine back online for power generation.